PIX Flix Spotlight on the Board: The Sound of Music

September is a great time to gather the family together and come to PIX Flix, in Historic Downtown Waukesha! We are thrilled to bring The Sound of Music back to the PIX Theatre, now the home of the Waukesha Civic Theatre, on Monday, September 16, at 6:30 p.m.!  I say “back,” because, while I wasn’t able to find historical proof, I feel certain this film must have been shown at what is now our amazing community theatre, back in 1965, when it was first released by 20th Century Fox.  The film, which debuted in sold out theatres around the country for over a month, was produced and directed by Robert Wise and stars Julie Andrews and Christopher Plummer.  The film was adapted from the musical, and two new songs were written just for the movie, “I Have Confidence,” and “Something Good.”  Becoming an instant hit, it is no wonder this stunning film won five Oscars at the 38th Academy Awards!

Influenced by other successful movies of the day, such as Camelot, Mary Poppins, and Cinderella (all of which also starred Julie Andrews) the screenwriter, Ernest Lehman, used artistic license to convey the meaning and essence of the times in Salzburg, just as the Nazis were gaining power.  A small amount of historic exploration will uncover many ways that opulence and pageantry, which were not historically accurate, were employed to draw the audience deeper into the unfolding story and to create a visual masterpiece.  In reality, the von Trapps did not live in a mansion or play in the hills of Salzburg and the home they lived in was not actually their ancestral home, as is depicted in the movie.  However, the visual backdrop of the movie we have come to know and love is enchanting and it is almost impossible to imagine the story without it.

Then there is the music!  Who of us has not grown up with “Do-Re-Mi,” “Edelweiss,” “So Long Farewell,” and “Climb Every Mountain,” as part of our own personal soundtracks?  My family had such a thrill sharing these songs and the film with the next generation that our daughter was cast as Brigitta von Trapp in Waukesha Civic Theatre’s 2014 production of the musical!  These songs will forever be in our hearts.

We hope you will take this opportunity to bring your families, young and old, to see the cinematic treasure The Sound of Music at the Waukesha Civic Theatre on the big screen on Monday, September 16, at 6:30 p.m.  Always a value, our PIX Flix films are still only $5 per ticket and of course, we have popcorn and refreshments available too!  While you’re there, pick up an A.C.T. (Academy at Civic Theatre) brochure and discover all the amazing educational opportunities that await at our own community theatre, WCT.  You will also be able to find a calendar for our 63rd season Mainstage productions – the first of which, The Little Prince, opens September 13, 2019.  Mainstage Season Ticket Packages are available now and the lineup is outstanding!  We will also present Bad Seed, Elf the Musical, Come Back, Big Fish, Silent Sky, and The Secret Case of Sherlock Holmes this season, in addition to many Random Acts of Entertainment!  We look forward to seeing you at the Theatre. 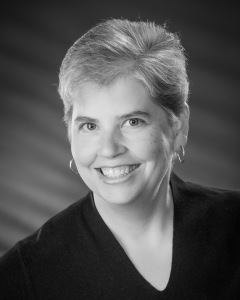 Comments Off on PIX Flix Spotlight on the Board: The Sound of Music