Congratulations and thank you to the recipients of our 60th season Carl Thomas Memorial Volunteer Award! The Waukesha Civic Theatre recognizes the volunteers who have made the organization what it is. This award is named for Carl Thomas, a long-time volunteer who served on stage, backstage, on the board, and anywhere else he was needed. He truly exemplified the “spirit of community theatre.”

This award is given peer to peer for all Mainstage productions, in which each show’s cast, crew, and staff nominate the person involved in that show who they feel has best represented the spirit of community theatre with the highest levels of enthusiasm, energy, and involvement.

The administrative award is chosen by the staff and/or the board of directors and goes to someone who has given of their time and talent outside of the productions we produce.

Sue has been a patron, donor, volunteer bartender, and board director, serving as our board secretary for several years. She always has a smile and something sarcastic to share. Her attention to detail and commitment to fiscal responsibility is beyond compare. The board meetings we held on her pontoon were always the best! We appreciate your commitment and enthusiasm, Sue. Thank you!

Mike has been a patron, donor, and board director. He led our fund development committee for several years. His appreciation for the arts, combined with his wealth of knowledge and experience, made him an invaluable asset to us. Thank you, Mike, for everything you’ve done for WCT!

Andy has volunteered as an actor and crew member. He’s a member of the Civic Senior Players, has helped at the audition registration table, participated during community event performances, and he helps with facility maintenance. Thank you, Andy, for your tireless dedication to WCT and the Waukesha Community!

Jordan won the hearts of everyone in the cast when she stepped in to understudy the role of Dainty June. Not only had she joined the ensemble late, after another actor had to drop out of the show, but she learned the leading role in less than two weeks, and performed it for more than half the run. She was also a very helpful, positive, and optimistic presence backstage. One cast member said it best … “she is AMAZING!” Kudos, Jordan!

Jim was a kind and enthusiastic member of the cast. He was always quick to volunteer throughout rehearsals for whatever was needed. He was generous, thoughtful, and full of praise for his fellow actors and crew members. Also … Jim brought food. Lots of it! Thank you, Jim!

Christine was one of our “kid wranglers” for this show. She was always around to help out in any way no matter what, and always with a pleasant attitude. She kept everyone, adults included, organized and on track. She took on the difficult task of keeping the kids in the cast quiet, focused, and entertained when they were not on stage. “She was FUN!” Way to go, Christine!

John has been involved at WCT for many years as a performer, donor, and patron. He has been a member of the Civic Broadway Singers for many years. The joy he brings to CBS’s patrons is just as fulfilling for them as the joy he receives from them in return. John is not only very talented, but he is thoughtful, dependable, enthusiastic, and encouraging. He simply loves singing with the Civic Broadway Singers. Thank you, John!

Mary was a terrific asset to this production. In addition to her role as Mrs. Bradman, she was willing to help in any way possible. She provided rides to other cast members, helped with costumes and props, and pitched in backstage with costume changes and props management. Congratulations, Mary, and thank you for all you do!

Leah gives selflessly to ensure a smooth, solid performance. Her help backstage was invaluable to the show. She was always ready and willing to do whatever was needed, with an extremely helpful and enthusiastic attitude. She always shared her many talents – she can do anything! Way to go, Leah. Thank you!

Steve has been a patron, donor, usher, and fund development volunteer for WCT for many years. His amazing attitude and willingness to pitch in and help is a joy to experience. He always has a smile and a positive word. Thank you, Steve, for everything you do for WCT!

MICHAEL SKOCIR – MAY 2017 (The Drowsy Chaperone)

Michael was always willing to help others, and became the unofficial spokesperson for the cast and crew; bringing up concerns, asking questions, and offering helpful solutions in an honest and respectful way. He always had fun comments which helped people feel at ease and enjoy the time together, performed several times with injuries, and also generously hosted a wonderful cast party. Thank you, Michael!

Lloyd gave in every way, shape, and form with professionalism and enthusiasm. He picked up any task that was asked of him with gusto. His excitement and commitment are inspiring. He has been a joy to work with and we can’t wait for him to return to WCT time and time again! Way to go, Lloyd. Thank you!

MAD Corner: To Kill A Mockingbird

This American classic is inspiring, beautiful, funny, and emotional. I am thrilled that WCT is producing this incredible script.  I think it is one of the best plays ever written, and in the hands of this awesome production staff, cast, and crew, it is sure to be a moving experience for everyone! And I am thrilled that we are able to partner with Waukesha Reads to help reach as many people in our community as possible.

I would like to thank everyone that supports WCT! We wouldn’t be here without you. All of our volunteers help us out in any number of ways by acting, ushering, serving on the board of directors, providing maintenance or office support, or working on sets, costumes, props. Our patrons come to WCT see quality live entertainment, the fruits of our volunteers’ labor. Our donors help keep us financially sound by their gifts to the Annual Operating Fund, the Endowment Fund, or by including us in their planned giving.

We will be closing our Spotlight On The Future campaign at the end of this calendar year. If you haven’t given a gift yet, or have but would be willing to give even more, we still need your help! This major gift campaign has a goal to raise $750,000, providing capital for upgrades that will enhance the theatre experience, increase advertising revenue, decrease operating expenses, and provide for building maintenance. We have raised about half of our goal, but we need your help to reach the full amount. Please consider a gift of any size!

The generosity of the Waukesha community astounds me, and I truly appreciate all the time, talent, and money that you give to WCT.

One way, and arguably the best way, to support WCT is to spread the word about Waukesha’s best kept secret. It always amazes me when I meet someone in Waukesha who has no idea what a fantastic organization we have right here in the heart of the community. Tell people about what we do and all we offer.

Enrich. Challenge. Entertain. That says it all, so keep watching, keep participating with, and keep supporting this cultural cornerstone. We couldn’t do it without you. 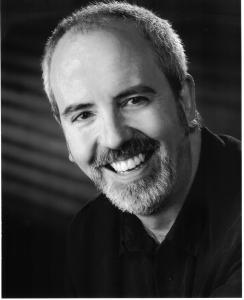 Comments Off on MAD Corner: To Kill A Mockingbird

Director’s Notes: To Kill A Mockingbird

When the 2016/2017 Waukesha Civic Theatre season was announced and I saw that To Kill A Mockingbird was on the list, I knew that I would clamor and claw for the opportunity to direct this play. I have taught the novel to my freshman World Literature class, and year after year, it sparks a vibrant conversation of race, equality, poverty, violence, innocence, desperation, and hope. It is a story that speaks to my heart and screams to my conscience. I see myself in Scout – in her compulsion to stand up for what’s right, and to be the voice for those who are too scared or unable to speak up. I even named my daughter Harper in tribute to Ms. Lee. It is a dream of mine to direct the stage play of Mockingbird – to bring this conversation to life as only theatre can, and I am deeply humbled to be trusted to tell this story with an incredible team of actors and designers.

I am thrilled to see Harper Lee’s novel bringing our community and schools together, in partnership with the Waukesha Reads program. To Kill A Mockingbird is an intelligent and timely choice for Waukesha Civic Theatre at this point in history. With tensions high, the conversation of the racial divide in America is vital as ever. Voices are raised, fires are burning, and yet voices are going unheard. We need to hear one another and listen to the singing of the “mockingbirds,” so that we can find understanding. In this play, the echoes of slavery are heard in the deeply-rooted segregation of the South, just as the echoes of segregation are heard in towns across America today. Mockingbird not only serves as a reflection of the past, but it mirrors today’s world and provides a lens through which we can look into the future. While you can look for villains in this play, they are hard to pin down. Even the apparent villains are victims of circumstance, aren’t they? Ignorance, poverty, culture, and fear stand in the way of progress in Harper Lee’s 1934 Maycomb, Alabama as they continue to do today across America. If I had to guess, I would say that Harper Lee would never have imagined just how relevant her story would be in the year 2016, and I have to wonder if she would how discontented she would be. My fervent hope is that in my lifetime, this play will become antiquated; it will become a piece of history we will use to look back with gratitude on a time before things changed.

I hope that you find truth here today – that you find laughter, and that you find heartache; I most certainly have found all of these things in building this show with our team. I would like to thank John Cramer for giving me the opportunity to direct Mockingbird, my incredible cast for trusting me and one another, and bringing with them a goodness of heart that moves me, and my production team of artists and organizers who make this show possible. I am forever grateful to my supportive and loving family, Aaron (lighting/sound designer), Jaxon, and Harper. Please help us spread the word and fill this house each performance. We are so glad you are here.

Comments Off on Director’s Notes: To Kill A Mockingbird