Thank you for choosing to spend your time in 1922 New York City with us. We know that there are many things you could be doing, and the fact that you are here means more to each of us than you could even imagine. I would like to take a few minutes of your time to express my thoughts about Thoroughly Modern Millie, which hopefully will enhance your experience.

I want to express my heartfelt gratitude to Music Director Yeng Parman-Thao; your musical prowess is certainly on display here. To Choreographer Jessica Fastabend: your creativity is as big as all outdoors. From Set Designer Marisa Abbott to Props Designer Johanna Kaye to Light Designer Mike Van Dreser. My dear friend, David A. Robins, who labors tirelessly with our sound design, shortly after the untimely passing of his father. Our Master Carpenter, Scott D. Prox, has never seen anything on paper that he could not build. Our Production Stage Manager, David Kaye, who kept everything organized and on track through all the rehearsals and through a very trying technical rehearsal process. Joshua Parman-Thao, who assembled and conducts our orchestra, an orchestra that boasts of some of the finest musicians to ever sit in an orchestra pit – most masters degree prepared in their instrument. Also, very special thanks to my friend and confidant, Jill Anna Ponasik, who lent her support and talent as vocal coach.

The list goes on and on, but it must be stated here for all to see. You will be amazed by the costumes designed by Nikki Maritch and assisted by Sharon Sohner, and our wigs by Eric Welch. These two areas which are often overlooked but absolutely are essential to this show.

This creative staff is without doubt one of the finest I have ever had the honor to work alongside. From concept to fruition of opening night, we had a vision for the production and we could not be more proud. This cast has never flinched and drove forward daily, striving to deliver the vision of the creative team. The words do not exist to praise them enough.

The original Broadway production won six Tony Awards and five Drama Desk Awards, including the win for Best Musical at both ceremonies. It is the vehicle that propelled Sutton Foster to stardom, as she stepped into the role of Millie after being the understudy for the workshop and preview performances!

All the way back in December, 2018, with auditions, we set upon our mission of providing the Waukesha Civic Theatre audiences an evening in the theatre that is enjoyable and special. We assembled our cast and made a very conscious decision to use the incredibly talented Keith R. Smith, in drag, as our Mrs. Meers. We were lucky to have two impressive actresses to play Ching Ho and Bun Foo, Delaney Schlake-Kruse and Anna Lapean absolutely amazed everyone with the amount of work they put in to learning and perfecting the Cantonese and Mandarin dialects. The entire cast worked through the awful winter and trudged through the snow and ice and the polar vortex to attend rehearsals and in the process they became the caring, loving family that they are. I believe we have assembled one of the most talented casts to ever trod the boards of the Civic stage. They are backed up 100% without question or pause by the production team – a team that I believe is unlike any team of creatives to work in the Milwaukee theatre community.

Thoroughly Modern Millie is a valuable show because it teaches us how a strong work ethic and desire to do what is right will always overcome evil and ill will. It entertains us with its exceptional musical score and helps us find a sincere level of cultural sensitivity.

Having said that, in our effort to achieve cultural sensitivity, we have done many things in regard to the roles of Ching Ho and Bun Foo. We reached out to the community to try to create interest in the audition process to cast these roles authentically. We did extensive research on dialect, costumes, make up, hairstyles and culture. We worked with a dialect and culture coach.

Our dialect coach was Waukesha Civic Theatre’s own Peter Kao. Peter has been involved with three other productions of Millie, and in fact had auditioned for this one but was unable to be in the cast due to some conflicts. Peter was a huge help in mounting this production.

The Thoroughly Modern Millie family is very proud of the show we have produced and are so excited to share it with you now. So come with us to New York City in 1922 and let’s have some fun.

I urge you to visit the lobby display featuring the work of the creative staff of Millie. The set drawings and costume plot as well as the lighting plot are all featured. See how the herculean task of putting a huge Broadway musical together is accomplished.

Thanks for coming and please enjoy the performance!

July of 2018 marks the beginning of Waukesha Civic Theatre’s 62nd season. WCT is proud to be part of an elite group: according to the American Association of Community Theatres, of the roughly 7,000 community theatres in the United States, only about 100 can claim 60 years of continuous operation. Since the theatre opened in 1957, WCT has produced or presented more than 650 shows, over 14,000 people have volunteered, 450,000 audience members have been entertained, and more than 15,000 students have been served.

We are thrilled to announce our 62nd Mainstage Season:

Snowed in at their wealthy patron’s Westchester estate, a creative team reunites to launch a new show – stalked by the “Stage Door Slasher,” who haunted their last Broadway flop. (NOT a musical. YES a comedy!) 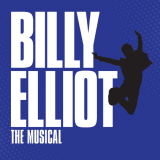 Set during the miners’ strike of 1984-85, this musical follows Billy as he trades in boxing gloves for ballet shoes and develops the courage to be uniquely himself. This show contains strong language – discretion advised. 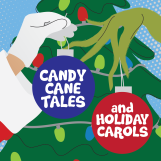 Celebrate with a cast of all ages acting, singing, and dancing through classic seasonal songs and stories. This WCT family tradition is a must-see part of the holiday season.

Adapted by Steve Martin; this comedy is set in Germany, 1910. As events unfold, Theo worries about scandal and repercussions at his job as a government clerk. Louise allows herself to revel in newfound fame, reveling in the possibilities. They explore scandal, fame, and gender roles through intricate wordplay.

Millie, a small town girl from Kansas, arrives in New York ready to become a star. This madcap musical comedy is full of bright, 1920s music and dance.

Jonas lives in a utopia with no pain, no fear – and no choice. Jonas is assigned to be the Receiver of his community’s memories and learns that life does not have to be so black and white. Based on the Newberry Award winning novel by Lois Lowry. 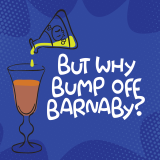 Barnaby Folcey is murdered at a family gathering where he had the motive to murder everyone, but no one had reason to want him dead. Everything seems to go wrong in this absurd comedy – there are secret passages, poison in the sherry, and the police take forever to arrive, so the eclectic group tries to unmask the murderer themselves.

See you at the Theatre!

Comments Off on Announcing Our 62nd Mainstage Season!