PIX Flix Spotlight On The Board: To Kill A Mockingbird

To Kill A Mockingbird could easily borrow a line from Dickens that said… “it was the best of times, it was the worst of times.” This cinematic classic is based on Harper Lee’s Pulitzer Prize winning novel about innocence, strength and conviction. Experience one of the most significant milestones in film history…nominated for 8 Academy Awards and starring screen legend Gregory Peck as courageous Southern lawyer Atticus Finch. Peck’s Academy Award winning performance was hailed by the American Film Institute as the greatest movie hero of all time.

There are so many life lessons to be taken from this classic story…from Scout’s perspectives on growing up as seen through adult eyes as Jean Louise narrates the story.  It truly is “the best of times” as we witness the adventures of Scout, Jem and Dill and they dare to discover the legend of Boo Radley. Through Atticus’ wisdom the children learn that “you never really understand a person until you consider things from his point of view.”

As the story develops “the worst of times” is portrayed when an angry mob attempts to take Tom Robinson from the safety of the jail…only to be stood down by Atticus and Scout in the end. The angry hatred and racism incited by Bob Ewell toward Tom Robinson leading up to and throughout the trial provide some intensely dramatic moments.

The highlight of my 40 plus year community theatre acting career has to be delivering Atticus’ closing argument monologue in defense of Tom Robinson. Very powerful and emotional even now as I reflect on that scene.

This is one of my personal all time favorite movies. However, my affection for the movie begins with the classic novel and stage play. As I pen this blog I am drinking coffee from a mug that says…

What would Atticus do?

A present from the young actress who played Scout onstage at WCT in November 2016. It was truly a blessing and honor to portray Atticus finch with an amazing ensemble cast. I will always remember the final scene of the stage play when looking across the stage to see young Scout returning home from escorting Boo Radley and making brief eye contact with the adult Jean Louise as it becomes clear to her that Atticus knew that she was “already beginning to stand in other peoples’ shoes!”

Please join us on Monday, January 7 at 6:30 pm, sit back and enjoy every classic minute of this cinematic treasure as we present…

To Kill A Mockingbird 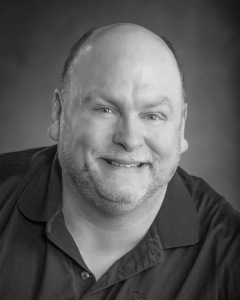 Comments Off on PIX Flix Spotlight On The Board: To Kill A Mockingbird